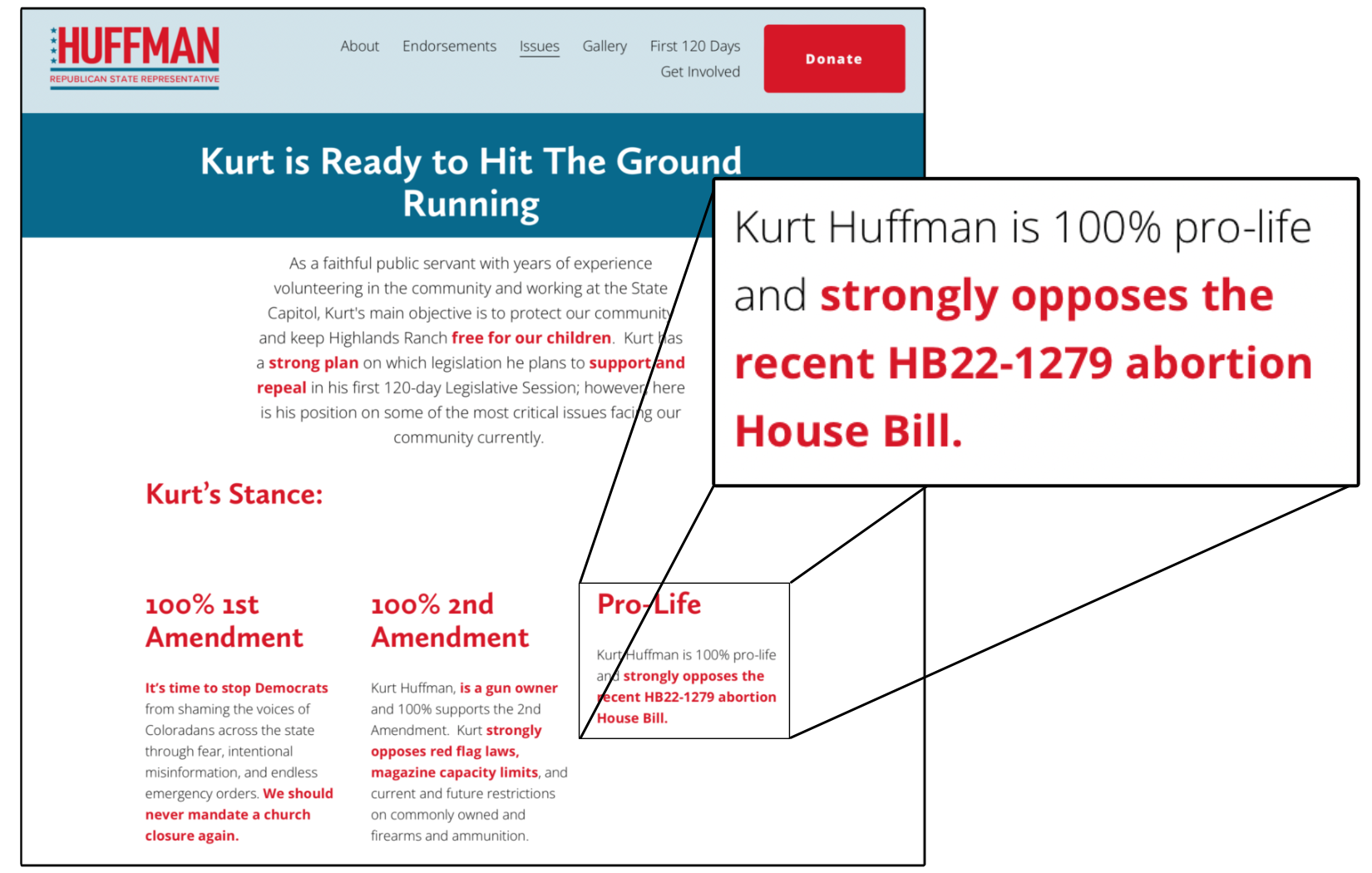 My Opponent Wants to Take Away Women's Reproductive Rights

For the first time since Roe/Dobbs, the people have spoken. And they OVERWHELMINGLY rejected the extreme position of taking away reproductive rights from women. The GOP has been making their un-American laws reflective of a totalitarian society in TX and OK to put bounties on women and those who aide them in obtaining an abortion so that Americans can inform on each other and profit by doing so. The GOP even went after the doctor who saved a ten-year-old rape victim from the certainty of extreme complications from a forced pregnancy.

ALL of these laws and actions have occurred due to the extreme gerrymandered state house districts in other states. These laws and actions quite obviously, as reflected in the KS vote, do not reflect what Americans truly want or believe. Women are being forced to carry a pregnancy to term no matter what the circumstances by extremist politicians, like my opponent.

The Republican candidate for HD43 has stated in bold bright red on his website and campaign material that he opposes HB22-1279, so don't believe that it "can't happen here." My opponent and his supporters want to bring this dystopian future of a totalitarian society in their image to Colorado and force ten-year-old rape victims to give birth to their rapist's child no matter the damage or harm to THE CHILD; hunt down women and doctors who obtain or provide an abortion; and prevent traveling to other states or jurisdictions to obtain an abortion where it is legal.

No matter your views on abortion, this is un-American.