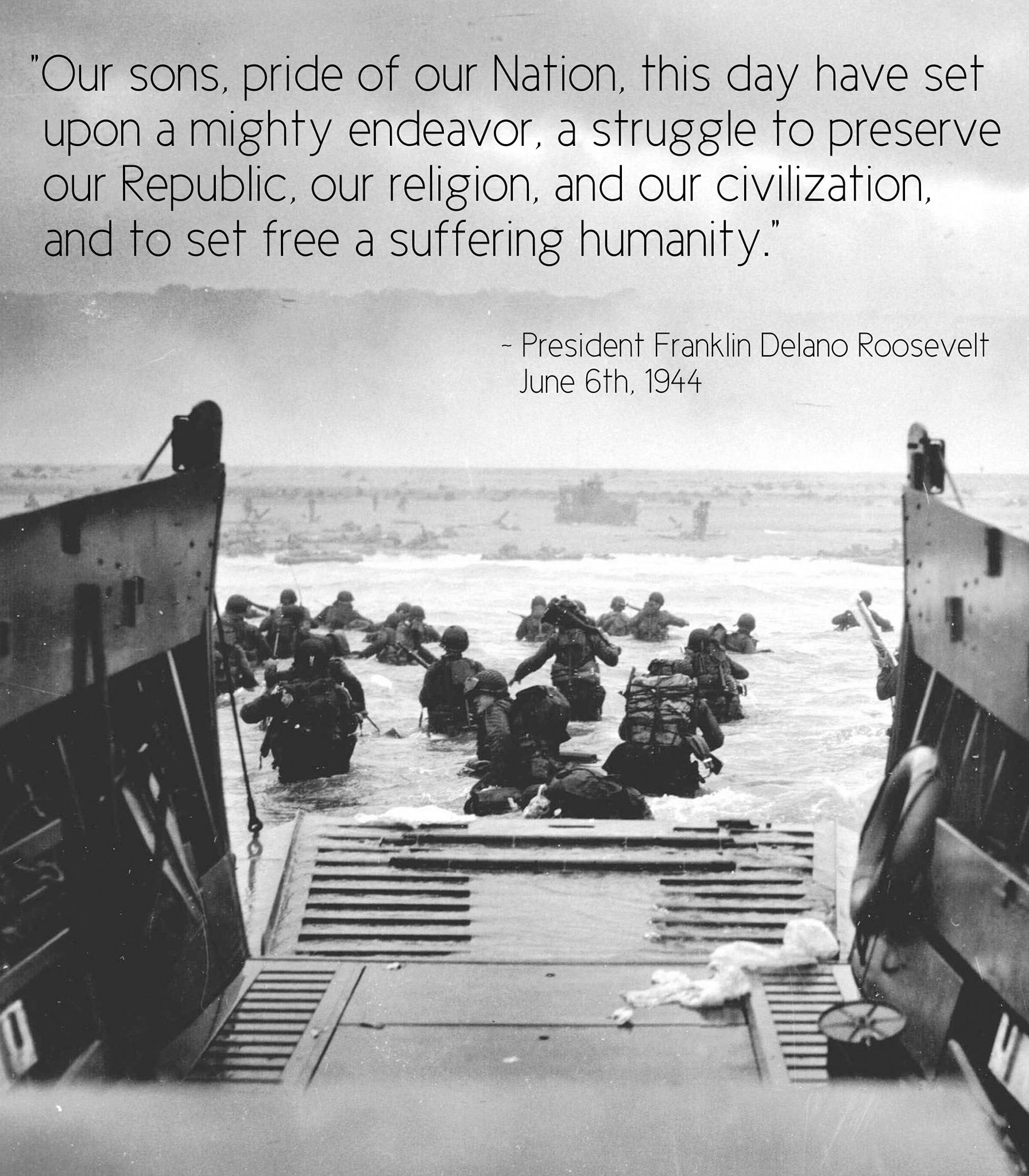 Many Presidents describe various wars and conflicts in apocalyptic terms. But FDR had the most correct assessment of WWII. Had the South won the Civil War, the Confederacy would have still collapsed upon itself like the rest of the Western Hemisphere's slave states. Or they would have lost another war even more definitively to the rapidly industrializing North while the South preserved its backwards agricultural slave economy. If the Nazis had reigned victorious in Europe during WWII though, world civilization would have been far more bleak.

As Americans we understandably focus on Omaha Beach. But there were four other beach landings: Utah, Gold, Juno, and Sword. Utah & Omaha were American landings, and Gold, Juno, and Sword were the British leading a plethora of soldiers (Polish, French, Czech, Belgian, etc.) who fought to expel the Nazis from their countries.

Unbelievably, once again, the world is facing autocratic forces which has galvanized free people to act. Hopefully no such devastating conflict ever happens again, and these autocratic movements can be subdued with no or little bloodshed. If such a trial does come, hopefully we acquit ourselves as well as "The Greatest Generation" did.